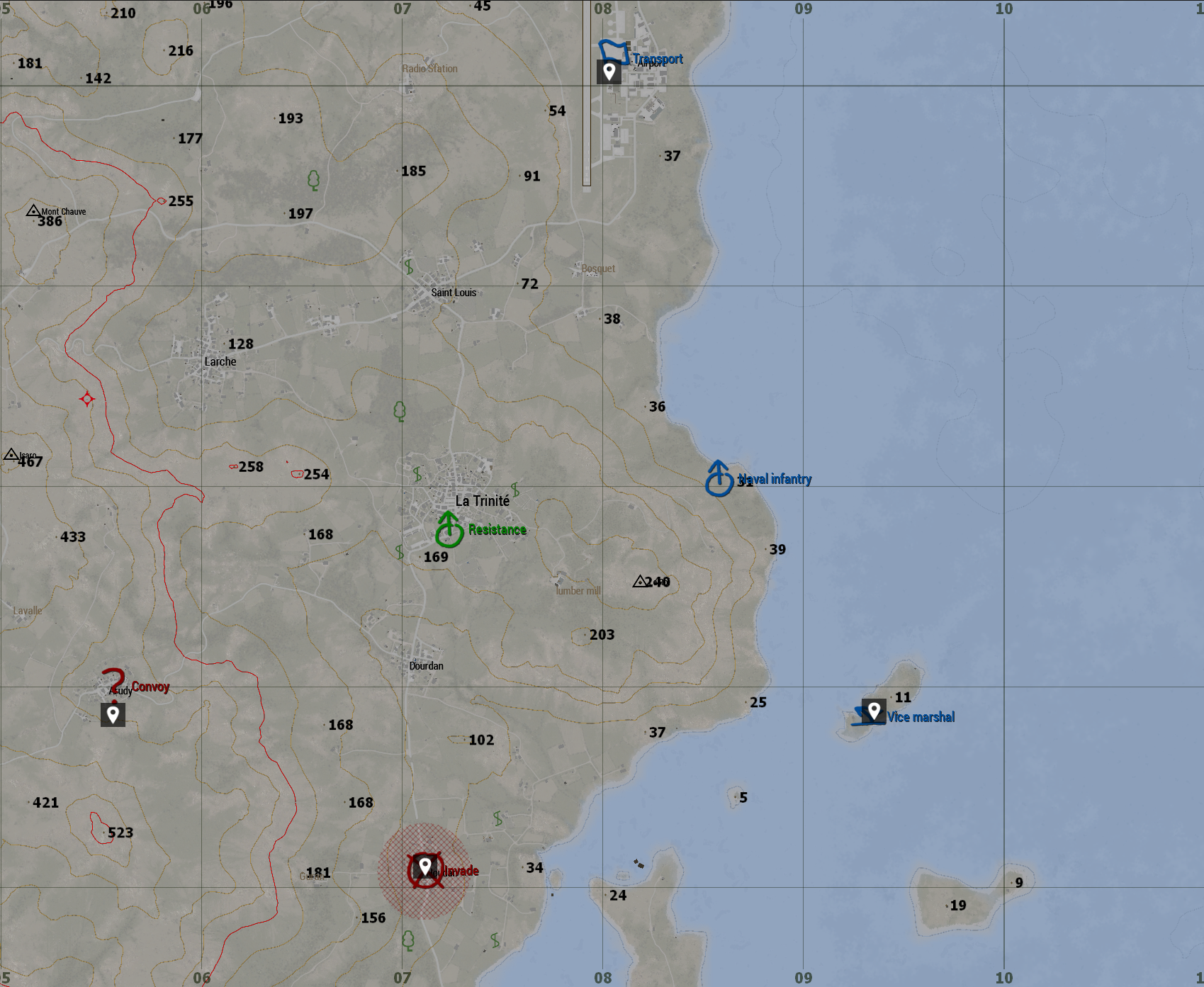 SITUATION: The Resistance movement in the North has collapsed after Larche fell and Resistance soldiers have defected to Soviet side.

NOTE: Vice Marshal Kim Jong-gwan will join your group after rescue. Use AI commands (or a ziptie)

NOTES: At last those Resistance bastards have realized the hopelessness of their situation and laid down their arms! They are finally coming to grips with the fact that they have lived so long under the exploitation of the capitalists. From now on the people of Malden will have a chance to decide their own destiny. I hope people in the South will also see the light and fight against their oppressors! Today we will mount an operation with our new allies, some guys in my outfit don't trust them and make rather rude jokes about them...But we weren't joking few days ago when their fierce counter-attacks almost drove us back to the sea!

Russian Naval Forces will eliminate all oppositon on the island and liberate the vice marshal.

Transport vice marshal to the airport with the captured helo.